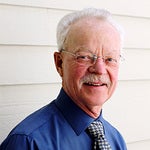 Philip Quindry joined Glazer Hammond in 2018, coming out of retirement after a long career in the Phoenix area. His practice is limited to wills, trusts, probate, conservatorships, guardianships and related matters.

Phil began his career practicing law in Illinois after graduating with his JD degree from the University of Arkansas in 1970. He moved to Arizona in 1977 and joined First Interstate Bank of Arizona as a trust officer. He continued with the bank until 1991. During his time with the bank, he gained a great background in wills, trusts probate and related areas. He progressed with the bank to eventually become the Executive Vice President in charge of the Trust and Financial Services Group where he supervised all aspects for the Arizona region. In 1991, Phil took the experience he gained and started his own practice of law in Mesa, Arizona. He limited his practice to wills, trusts, probate and related litigation. He retired as a partner of Quindry Koniuszy Follett and Styskal LLC in 2012. He moved to Flagstaff in 2014 where he was eventually recruited by Glazer Hammond to help them with their estate planning practice. Over the years, he has helped literally thousands of people needing help in the areas of his expertise.

Phil and his wife, Mary, are enjoying life in Flagstaff. They spend most of their leisure time outdoors in the forest. When they are not riding their mules, they will often be out enjoying their ATV with friends and neighbors.