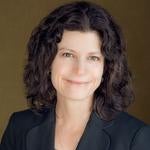 With a background in social work and 15 years of litigation experience, Jennifer B. Ruben, is passionate about working alongside individuals who are going through a difficult, pivotal time in their lives and guiding them through the legal system with dignity and respect.

A seasoned litigator, Ms. Ruben began her legal career as an assistant district attorney in Brooklyn, New York, prosecuting some of the most violent, complex, high-publicity Domestic Violence and Sex Crimes cases in New York City.  Because of her background in social work, her approach to litigation has always been to truly connect and understand the victim's point of view, and then vigorously advocate for them in Court.  During her seven years as a Brooklyn prosecutor, Ms. Ruben only lost one trial, and became known within the office for winning “unwinnable” cases.

Upon moving to Arizona in 2010, Ms. Ruben worked for a non-profit, funded by the U.S. Department of Justice, to deliver legal services to Indian tribes.  A year later, Ms. Ruben was hired by the Yavapai-Apache Nation, where she served as the Chief Prosecutor for over six years.

Ms. Ruben began her career in the court system as a Victim Advocate in Columbus, Ohio, where she supported victims of stalking as they navigated the criminal justice system.    She earned her undergraduate degree in Social Welfare from the University of Wisconsin-Madison, and her law degree from Georgetown University, in Washington, D.C.

Ms. Ruben was born and raised in Columbus, Ohio.  An avid outdoor enthusiast, Ms. Ruben worked as a backpacking and canoeing guide during college, and has backpacked in almost all 50 states, including Alaska.  Ms. Ruben also loves international travel and has lived in West and Central Africa for years and spent significant time in the Middle East.   Ms. Ruben speaks several languages.